I Simulated a U.S.-China War in the South China Sea (America Lost) 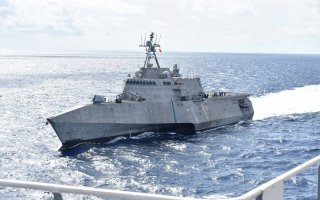 Here's What You Need to Know: Warfare is tragic and unpredictable.

Back in 2013, I decided to conduct a small wargame--and the results were interesting, to say the least.