Icebreaker Technology: Is America Losing the Race for the Arctic? 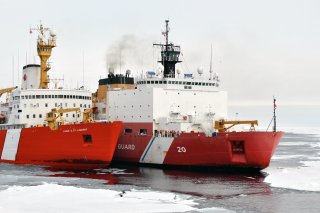 Here's What You Need to Remember: The U.S. icebreaker fleet still needs increased numbers to accomplish the tasks it needs to do. Hence, having one heavy icebreaker shared between all polar missions in the Arctic and Antarctic is a big stretch on the U.S. Coast Guard’s fleet.