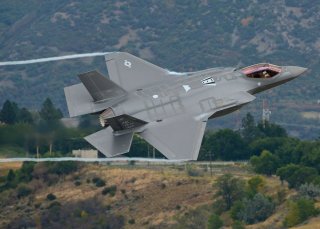 Here's What You Need to Remember: The X-32 escaped all of the most significant challenges to the F-35. The X-32 never faced decades of testing and redesign; it never saw massive cost overruns; it was never subjected to an endless series of articles about how it couldn’t out-dogfight an F-16A.