If You Invested Your Stimulus Payment Into Dogecoin, You’d Now Be Rich 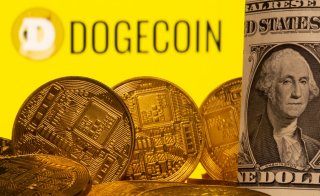 Here's What You Need to Remember: None of this means that cryptocurrency trading is inherently a bad idea. As the past months have shown, it can be extremely lucrative for people who can successfully observe which tokens are gaining popularity.

If you had invested your $1,200 stimulus check in Dogecoin last March – when the cryptocurrency was worth just over one-sixth of a cent per coin – you would now have more than $450,000.

Despite the ruinous effects of the pandemic on many Americans, the past year has been highly profitable for cryptocurrency speculators. As many Americans have been stuck at home, they have explored investments in blockchain, and prices of major coins have gone up across the board. Bitcoin, far and above the most famous and successful cryptocurrency in circulation, has increased in value roughly fivefold from last May.

Other major cryptocurrencies, including Ethereum, Binance, Litecoin, and Ripple, have also shot upwards since the beginning of 2021. But over the past few months – particularly since early April – the clear frontrunner among the pack has been Dogecoin, a meme cryptocurrency originally created as a joke. Over the past twelve months, it has increased in value by more than 20,000%.

The abrupt success of Dogecoin has taken many observers, even those interested in cryptocurrency exchanges, by surprise. The causes of its recent success have been difficult to pin down, but there are several factors which may have helped its rise.

The largest of these factors has probably been the hawking of Dogecoin by Tesla and SpaceX “techno-king” Elon Musk, whose Twitter posts about the coin have been directly linked to price increases. Its success probably also owes something to the “memeification” of the stock market seen in January 2021, when users of the Reddit forum r/wallstreetbets made world headlines by driving up the price of video game chain GameStop.

The price of Dogecoin is, as of this writing, roughly sixty-five cents per token, and it is expected to increase with Musk’s appearance on Saturday Night Live. Still, there is reason to doubt whether cryptocurrency is a sound investment.

Unlike brick-and-mortar businesses or purpose-built proprietary software, cryptocurrency is not based on anything with any inherent value. If people collectively decided they were no longer interested in a certain coin, it could abruptly become absolutely worthless overnight. This has led to accusations that tokens such as Bitcoin and Dogecoin are bubbles, although Bitcoin has proven to be fairly resilient. (The jury is still out on Dogecoin.)

Moreover, the Securities and Exchange Commission, which has compiled an extensive set of rules on stock market activity since the days of FDR, has no regulations on cryptocurrency. Legally speaking, this makes it the Wild West – price collusion and pump-and-dump schemes are a regular practice on smaller, more easily manipulated tokens.

None of this means that cryptocurrency trading is inherently a bad idea. As the past months have shown, it can be extremely lucrative for people who can successfully observe which tokens are gaining popularity. However, one must trade with caution – and, as in the stock market, not bet more money than one can afford to lose.