Illegal Immigration Is Way, Way Down: Why? 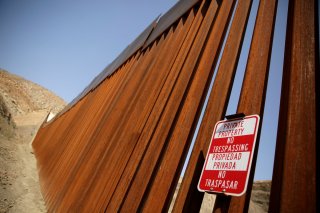 By comparison, about 8 percent of the U.S. adult population had been convicted of a felony. Although it’s not an apples‐​to‐​apples comparison as the U.S. adult felony conviction rate includes immigrants who have a lower criminal incarceration and conviction rate, we can confidently estimate that native‐​born Americans have a rate of felony conviction about 10 times higher than that of illegal immigrants apprehended by Border Patrol in 2020.

The difference above between the number of apprehensions and individuals apprehended is due to the recidivism rate. Many illegal immigrants get caught, are returned or removed from the United States, and try again. That recidivism rate has trended downward over time because the government imposed harsher penalties on illegal border crossers. However, the government has been quickly returning illegal immigrants apprehended along the border without consequences since March 2020 in response to the COVID-19 pandemic. As a result, the recidivism rate has shot up in 2020 for the reasons I stated here.

Nick Miroff of the Washington Post wrote an excellent piece about the skyrocketing recidivism rate wherein he quotes Border Patrol chief Rodney Scott as saying: “We’re returning people very, very quickly, but our ability and willingness, if you will, to prosecute people, to have a consequence to the illegal activity of crossing the border, has been reduced.” Most of those being apprehended are single Mexican adults, a dramatic turnaround from 2019 when only 20 percent were Mexicans.

Returning illegal border crossers immediately combined with other restrictions on asylum and Mexican enforcement policy may have dissuaded many Central Americans from trying to enter unlawfully or to seek asylum, but it has helped shift it back toward Mexicans. The Trump administration’s cancellation of H-2B visas for seasonal non‐​agricultural work, primarily used by Mexicans, has likely also contributed to the surge of Mexicans.