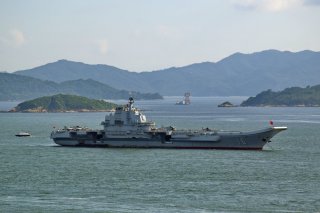 Here's What You Need to Remember: Varyag was not China’s first foreign acquisition. In 1985, Chinese shipbreakers purchased HMAS Melbourne, an Australian Majestic-class aircraft carrier. The PLAN scavenged equipment from the ship, and reportedly studied the hulk extensively.