Imperial Folly: Why the Yamato Battleship Was a Waste of Resources 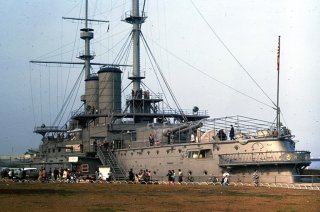 Here's What You Need to Remember: Had the war not come, Japan would have bankrupt itself spending on these massive ships. Japan lacked the industrial capacity to compete with the United States; indeed, even if it had managed to seize and keep wide swaths of East Asia, it could not have matched U.S. industrial production for decades. The United States would have responded to Japanese construction with even larger, more deadly ships, and of course eventually with submarines, aircraft and guided missiles.