Imports No More: The Chinese Military Is Starting to Rely on Homegrown Weapons 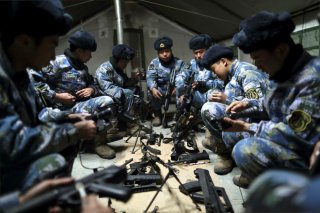 Here's What You Need to Remember: For the first time in decades, China’s borders are quiet, guarded by Chinese soldiers equipped with Chinese guns. Like the rest of China’s military revolution over the past quarter century, China’s small-arms revolution is a remarkable achievement.