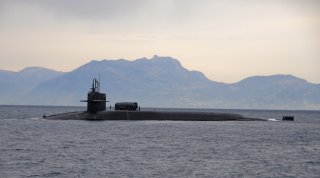 Here's What You Need to Remember: New technologies could make submarines increasingly vulnerable in a peer conflict. The Navy is working with companies like Northrop Grumman to develop improved communications to help protect subs.

“We have been working in the undersea domain for well over 50 years, and our support for the Navy stretches back even further,” said Jenny Roberts, director of strategy, investments & integration, Maritime/Land Systems & Sensors division, Northrop Grumman.

“We bring together the power of the corporation’s continuous innovation to provide capabilities our Navy customers need for mission success,” Roberts explained to the National Interest. As part of the ongoing effort to synchronize efforts with the Navy, Northrop Grumman developers are placing a special premium on innovation in the areas of undersea warfare and cross-domain networking.