India is Preparing for War Against a Pakistan-China Alliance 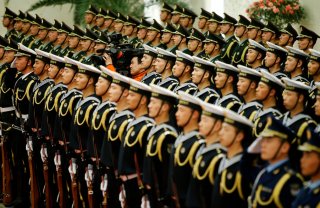 Here's What You Need to Remember: As a nuclear submarine, Chakra will be able to spend prolonged periods underwater, making it difficult to detect. During wartime, the advanced submarine will go after high value targets, such as Pakistani submarines (possibly carrying nuclear-armed cruise missiles) and Chinese submarines, destroyers, aircraft carriers and submarines.