Inside the Daring Missions of MACV-SOG, American Special Forces in Vietnam 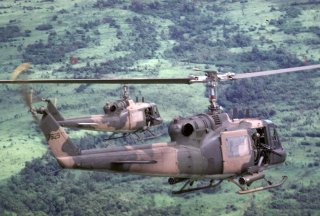 Saviors from above: SOG’s Air Commandos

Pivotal to the success and effectiveness of MACV-SOG operations across the border were several aircraft squadrons from across the services and also South Vietnam.

The Green Hornets’ Hueys came packed with an assortment of weapons, including M-60 machine guns, GAU-2B/A miniguns, and 2.75-inch rocket pods. If ammo ran out, door gunners would lob grenades or shoot their individual rifles.

In addition to the Green Hornets, the South Vietnamese Air Force 219th Squadron, which flew H-34 Kingbees, was a dedicated supporter of SOG operations. These South Vietnamese pilots and crews were truly fearless, always coming to the rescue of compromised recon teams regardless of the danger. Captain Nguyen Van Tuong, a legendary pilot, stands out for his coolness and steady hand under fire.

SOG commandos on the ground could also rely on fixed-wing close air support, with the turboprop A-1 Skyraider being a favorite platform for close air support and the F-4 Phantom a good choice on any given day.

“Military politics always interfered, and our leadership had to fight from close air support assets, such as the A-1 Skyraider squadrons,” Meyer told Sandboxx News.

“For example, SOG brass had to fight to keep the 56th Special Operations Wing, operating from Location Alpha in Da Nang.

“That unit’s SPADs [A-1 Skyraiders] were consistent and fearless and were considered the backbone of CAS during Operation Tailwind. On day 4, for example, the NVA were about to overrun the HF [Hatchet Force] when Tom Stump made devastating gun runs that broke the back of those frontal attacks, giving McCarley time to get them off the LZ and out of the target as weather closed in.”

Close air support was vital and probably the most important factor in the survival of numerous SOG teams. However, although SOG commandos enjoyed air superiority and North Vietnamese aircraft never posed a danger, the Air Commandos supporting SOG had to face the extremely potent anti-aircraft capabilities of the North Vietnamese, which included anything from light machine guns to heavy anti-aircraft cannons to surface-to-air missiles. Every hot extraction forced a penalty of downed helicopters and fighters/ or bombers, or at least a few riddled with bullets.

SOG commandos called in close air support themselves, usually by using a compass and smoke canisters. Forward air controllers, nicknamed “Covey,” flew overhead and assisted in coordinating with the team on the ground and controlling all air assets and close air support. In CCS, Covey usually flew solo, doing both tasks while also flying his plane. In CCN, however, Covey was a two-man affair, usually entailing an experienced SOG operator joining the pilot and helping out with his unique experience, having been on the receiving end of close air support numerous teams.

Years after the Vietnam War ended, it was discovered that there was a mole at the SOG headquarters in Saigon who had been passing information on team missions and locations to the enemy.

Although service at SOG came with the unspoken agreement of a perilous life full of danger and risk, it also came with an unbreakable sense of loyalty and trust between the men who served there. A sense of loyalty and trust that time and again SOG operators proved through their commitment to leave no man behind, dead or alive. That effort, that commitment, continues to this day.

This article was first published by Sandboxx in June 2021. To read the original click here.