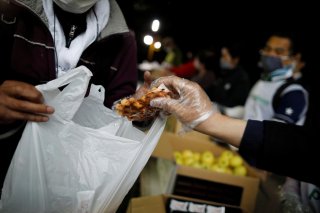 Yesterday the Inspector General (IG) of the US Department of Labor warned that the federal Pandemic Unemployment Assistance (PUA) program created in the Coronavirus Aid, Relief, and Economic Security (CARES) Act is at “significant” risk of “improper payments and fraud.” This latest announcement comes after a series of official reports and warnings about elevated fraud and abuse in state unemployment insurance (UI) programs.

PUA is an unprecedented federal program providing weekly unemployment checks to self-employed individuals, independent contractors, people with limited work histories, and others not normally eligible for state UI benefits. Data released this morning show that, in the week ending May 9, 2020, 7.8 million individuals claimed PUA benefits — roughly four times as many as were collecting state UI benefits before the crisis.

The IG memo highlights concerns over PUA claimants’ current ability to “self-certify” prior wages used to determine their benefits: “To establish eligibility, the CARES Act requires individuals to self-certify that they have lost employment income due to a COVID-19 related reason specified within the statute. This self-certification renders the individual eligible to receive payments immediately. … The Office of Inspector General (OIG) believes state’s reliance on self-certifications alone to ensure eligibility for PUA will lead to increased improper payments and fraud.”

On April 27, the Department of Labor issued guidance to states that suggested PUA “does not require proof of employment. Instead, PUA requires that the individual self-certify that one of the COVID-19 related reasons identified in section 2102(a)(3)(A)(ii)(I) applies to his or her situation.” This interpretation differs from how eligibility is determined under the Disaster Unemployment Assistance (DUA) program on which PUA is modeled. DUA similarly allows individuals to start collecting benefits via self-certification, but it disqualifies recipients if they do not submit evidence of employment within three weeks of starting benefits. According to the IG, the lack of that second step “renders the PUA program highly vulnerable to improper payments and fraud. Without additional tools such as those that already exist under the DUA regulations cited in this alert, the PUA program presents substantial risks of the likelihood of loss of millions of taxpayer dollars.”

Unlike the longstanding state UI program, no payroll taxes were collected to support federal PUA benefits, currently payable for up to 39 weeks per person through December 2020. PUA recipients are projected to collect $110 billion in the coming months, including $600 per week federal supplements paid to every PUA recipient through July. That’s more than four times the $26.5 billion states spent on the UI program last year.

The Congressional Budget Office projects the average PUA benefit at $238 per week, which the $600 federal supplement currently raises to $838. That’s the equivalent of over $20 per hour for a full time worker, and far more per hour for someone “seeking part-time employment” or who “does not have sufficient work history” to qualify for state unemployment benefits, as PUA allows. Individuals receiving $775 per week, which the IG projects as the minimum PUA recipients now collect, would receive over $30,000 if they remain on PUA for the current maximum of 39 weeks (and the $600 supplement is extended past July as the House recently approved).

That same House-passed legislation simply extends PUA benefits through as late as March 2021 without making other changes to the program. Whenever it acts next, Congress should make clear that eligibility for PUA requires more than “self-certification” of prior wages. Doing so will certainly add complexity for states administering what has quickly become one of the nation’s largest benefit programs. But that’s a necessary price of closing this obvious loophole the IG has flagged. It’s also an important lesson for the future: “Self-certification” of eligibility for significant benefits is an invitation to abuse.

This article by Matt Weidinger first appeared in AEIdeas on May 28, 2020.