An Interesting Match Up: Could Iran Beat Great Britain in a Fight? 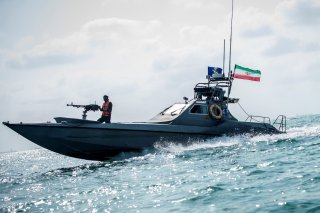 Here's What You Need to Remember: If Iran were to invade Britain, there would be no question of which party is stronger. However, in the Persian Gulf, British forces are operating 3,000 miles from the UK. Even with access to bases belonging to Iran’s hostile Arab neighbors, the British would still be operating in Iran’s home waters, where all the tools of coastal guerrilla warfare – mines, small boat attacks – would be available to Tehran.

Breathless was the headline in Britain’s tabloid Daily Express: “Iran military strength REVEALED as tensions with the UK soar.”

This piece was originally featured in August 2019 and is being republished due to reader interest.