Introducing the SA80: A Serious Contender for the Worst Military Rifle Ever 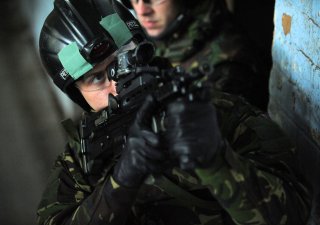 Here's What You Need to Remember: The 80s gave us so many great innovations, but this British assault rifle was not one of them.