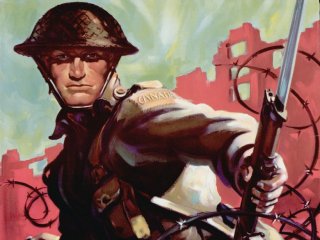 Here's What You Need to Know:  Eventually, the conquest and occupation of Canada would have resulted in statehood for some configuration of provinces, although not likely along the same lines as existed in 1920 (offering five full states likely would have resulted in an undesirable amount of formerly Canadian representation in the U.S. Senate). The process of political rehabilitation might have resembled the Reconstruction of the American South, without the racial element.