Invasion: How Japan Brought War to the United States 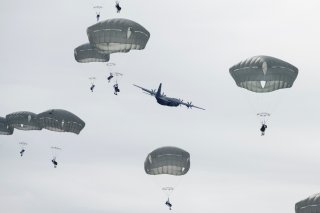 Here’s What You Need to Remember: The Japanese once invaded the Aleutian Islands.

There has been growing concern in recent years over the state of the United States Arctic defenses. In fact, few Americans remember that Alaskan islands seized by Japanese forces remain one of the only cases in which enemy forces successfully occupied U.S. territory during the twentieth century. The thirteen-month battle over the Aleutian Islands yielded numerous air and sea skirmishes fought over more than a thousand miles of frozen Arctic water. They concluded with a bloody amphibious invasion—and then one of the most bizarre intelligence failures of the war.

As both sides could not call upon or carrier- or land-based warplanes, they fought one of the few long-range naval gunnery duels of World War II, exchanging hundreds of 8- and 6-inch shells over ranges as high as twelve miles—including 800 8-inch shells from the Salt Lake City alone. The American destroyers and one of the Japanese cruisers also darted closer to launch torpedoes, though none of them hit.