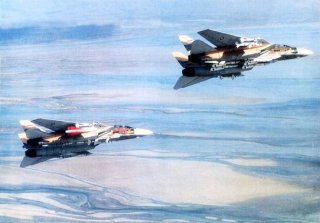 Here's What You Need to Remember: Our missile hit the Iraqi fighter head on as I shouted in the radio. “Enemy target destroyed. Long live Iran!” There was dead silence on the radio for a minute then we could hear the ground radar controllers breaking in cheers and clapping, which meant they were confirming our kill as well. It was crazy.

David Axe serves as Defense Editor of the National Interest. He is the author of the graphic novels  War Fix,War Is Boring and Machete Squad. This article first appeared last year and is being republished due to reader interest.