Iran Has the Best Military the 1970s Can Buy 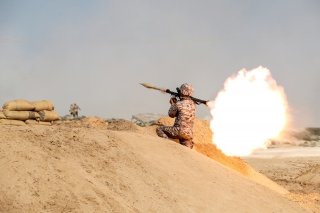 Here's What You Need To Remember: Iran wouldn't last long in an head-to-head military confrontation. But the country has become extraordinarily adept at projecting force through means short of full war.