Iran has No Interest in Changing its Strategy 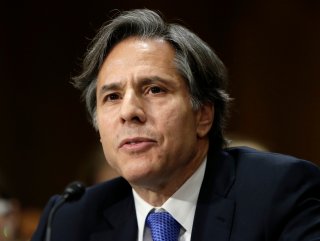 As speculation increases about the Biden administration’s intentions toward Iran and the nuclear deal, Iran’s actions belie any willingness to compromise or soften its stance against the US. On January 17, a few days before the inauguration of then-President-elect Joe Biden, reports emerged that Tehran’s Revolutionary Court had convicted Iranian-American businessman Emad Shargi of espionage and sentenced him to 10 years’ imprisonment. Originally taken into custody in December after his verdict was issued, Mr. Shargi has been held incommunicado since his arrest.

Mr. Shargi’s detention seems to conform to a pattern in which the Iranian regime arrests and imprisons foreigners under national security-related charges in order to use them as pawns against their governments. This arrest may be part of an effort by Tehran to build up leverage and test the limits of the Biden administration. It is likely to complicate President Biden’s attempt to rejoin to the Iran nuclear deal. The obvious question is: Why would the Islamic Republic’s regime risk complications by taking another American hostage (Iranian-American businessman Siamak Namazi and his father Bagher Namazi have been detained by the regime for over five years) if Tehran hopes for a US return to the nuclear deal?

This paradox can be explained: The Iranian regime views Western economic engagement as a double-edged sword. On the one hand, the Islamic Republic needs advocates in the West — in the US especially — who support engagement and would influence the lifting of sanctions. On the other, when advocates for engagement propose new ties with Iran, the regime regards it a threat to the existing order. According to its own propaganda machine, the regime perceives that better business relations with the West, when not supervised, could easily lead to a liberalization that would weaken the regime’s ideological foundation and its role in Iran’s economy. It would strengthen the people at the expense of the state.

The National Iranian American Council (NIAC) and a number of prominent Iranian diaspora activists in the United States are among the most fervent advocates for a rapprochement between the Islamic Republic and the United States. Enjoying close ties with the so-called “moderates” of the Iranian political spectrum — and active in Track II or backchannel diplomacy — they promote the idea that US engagement incentivizes the regime to change its malign behavior. President Obama was deeply committed to the nuclear deal in part due to this conviction.

Many in Iran’s business community who were eager to rejoin the international economy sought to build ties with the West under the auspices of the nuclear deal. But the regime was quick to react to that. There were numerous arrests of pro-engagement activists in Iran (the Namazis among them) while Obama was still president. Notably, the regime never halted it provocations while the United States was still committed to the nuclear deal prior to May 2018. Iran tested missiles just a few months after the political agreement was concluded in 2015, it stepped up its destabilization of the Middle East through proxies, and it intensified domestic oppression as it was benefitting from the perks of the deal.

The contradictions of the regime’s intentions are likely to continue. What should be clear is that while many in the West are ardent advocates of détente with Iran, the Islamic Republic regime is only eager for the cash benefits that come with this rapprochement — not for the détente itself. The regime has no interest in altering its behavior: It recognizes that cash comes with risk, and it acts to mitigate the risk with increased aggression. This is the conundrum that the Biden team will face as well. They should walk in with their eyes open and be aware that previous experience demonstrates that engagement with Iran produces no incentive for the regime to improve its behavior.