Iran Has One of the World's Most Outdated Air Forces 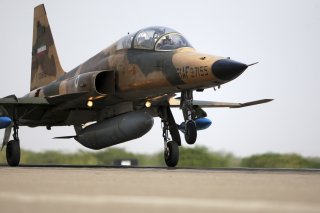 Here's What You Need to Remember: Barred from acquiring new fighters, Iran has resorted to upgrading and copying its older planes.

David Axe served as Defense Editor of the National Interest. He is the author of the graphic novels  War Fix, War Is Boring and Machete Squad. This first appeared in September 2019 and is being republished due to reader interest.