Iran Has a Truly Ridiculous Stockpile of Missiles 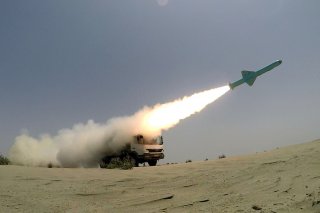 Editor's Note: This article was originally published before the United States withdrew from the 2015 Joint Comprehensive Plan of Action.

Here's What You Need To Remember: Iran's missile program has mostly copied other nations' designs and favored quantity over quality, but there are signs that this approach has changed over the past decade.

Like the rest of the Iranian Armed Forces, the Iranian Air Force was crippled by postrevolution purges. Although numerically and technologically superior to the Iraqi Air Force, Iran was unable to achieve air superiority and unable to accurately strike targets deep within Iraq.