An Iran-Israel War Would Be Hell On Earth — For Tehran 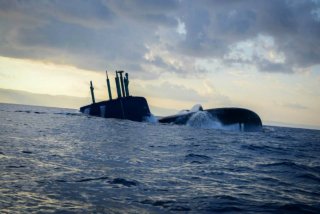 Here's What You Need to Remember: Should hostilities erupt, Iran will have to confront one of the most capable militaries in the world.

Israel has bought 19 F-35s, which are scheduled to begin arriving in 2017. There are actually two what-ifs regarding the expensive and controversial U.S. stealth strike aircraft. The first is whether the F-35 will prove to be an immensely powerful weapon or an overpriced, unreliable aircraft that will devour huge chunks of the American and Israeli budgets.

Michael Peck is a contributing writer at Foreign Policy and a writer for War is Boring. Follow him on Twitter:@Mipeck1. (This first appeared in July 2014.)