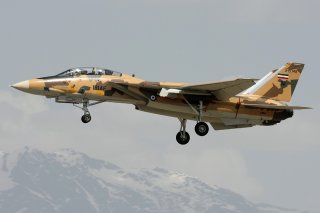 Here's What You Need To Remember: Iran's old Tomcats are still excellent aircraft. However, missile technology has evolved significantly since the days of the Shah...