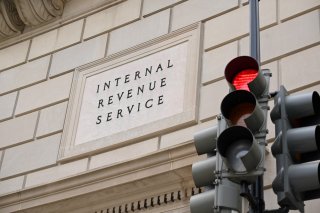 In previous posts (here and here), I discussed the IRS’s lawless policy denying rebate payments to several groups that it loosely refers to as “incarcerated” — convicts serving their sentences, defendants institutionalized because they were found incompetent to stand trial or insane, persons detained under sexual-predator laws, fugitives from justice, and probation and parole violators. The IRS denied the $1200-per-adult rebates to these groups even though they unambiguously qualify for the payments under the Coronavirus Aid, Relief, and Economic Security (CARES) Act. When asked about the policy’s legal foundation, an IRS spokesman replied, “I can’t give you the legal basis.” As one observer commented, “It appears that the IRS is just making this up.”

In a victory for the rule of law, however, the IRS recently abandoned its policy in the face of adverse court decisions.

Did Congress want prisoners to receive the rebates when it adopted the CARES Act last March? Or did it overlook the issue during the rushed legislative process? If so, would it have disqualified prisoners if it had thought about the matter? There is no way to know, and it does not matter. The IRS must follow the law that Congress passed, not some hypothetical law that it imagines Congress wanted to pass. As the late Justice Antonin Scalia wrote in a unanimous 1988 Supreme Court decision about the Americans with Disabilities Act, prisoners may claim relief under a law when they are covered by its “unambiguous statutory text,” whether or not Congress “expressly anticipated” that the law would apply to prisoners.

In any event, Congress has now made a clear decision to allow prisoners to receive rebate payments. Last July, the Senate Republican leadership proposed a stimulus bill that would have retroactively disqualified prisoners from the rebates provided in the CARES Act and barred them from a second round of rebates outlined in the bill. However, that bill did not become law. In contrast, the stimulus bill that did become law on December 27 offers a second round of rebates, with no provisions disqualifying prisoners from either those rebates or the ones provided by the CARES Act. It is clear that Congress acted deliberately when it decided not to include the provisions from the Senate leadership’s bill, particularly because it did make other changes to the CARES Act’s rebate provisions. On a related note, the new law also restores prisoners’ eligibility for Pell educational grants, as discussed by my colleague Brent Orrell.

Although Americans may disagree about whether prisoners should receive rebate payments, we should all agree that the IRS must follow the laws passed by our elected representatives in Congress.

This article was first published by the American Entreprise Institute.