The IRS Is Overwhelmed: Your Tax Return Could Be 2 Months Away 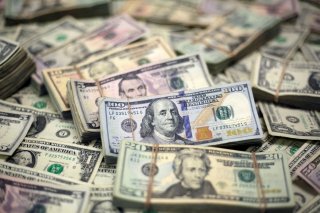 Here's What You Need to Remember: The IRS has also warned that there will likely be a delay in sending out income tax refund payments this year because of the pandemic. Receiving the payment can be dependent upon how you filed your tax return, whether that was electronically or by mail.

The Internal Revenue Service is expected to sift through its 2019 tax return logjam within 60 days, according to Charles Rettig, the agency’s commissioner.

Rettig told a Senate Appropriations subcommittee hearing on Wednesday that there are 335,000 tax returns from last year that the IRS still has to work through, a figure that’s significantly decreased since the beginning of the year when the agency had as much as seven million returns.

The IRS racked up the returns that were filed last year after the agency’s processing centers had to halt in-person operations for a number of months due to the coronavirus pandemic.

Rettig said that it’s been increasingly difficult to get through the tax documents since the IRS hasn’t seen a boost in funding.

President Joe Biden has proposed increasing funding for the IRS as part of his extensive economic agenda, so that the agency can hire experts to ensure a bold tax policy is set in place.

The Treasury Department recently disclosed that the agency’s enforcement budget has skidded by 25 percent during the last 10 years, and it has insufficient funding and resources to audit complex or extensive corporate filings.

That means the IRS reportedly doesn’t have the supplies to efficiently look into major corporations’ tax filings, which largely clashes with Biden’s push to tax wealthy individuals and corporations to fund his future legislative initiatives.

The president hopes to increase funding for the IRS so that it is better positioned to target big companies and the wealthiest taxpayers come next tax season.

Rettig also said that there are nearly six million additional tax returns “in suspension,” a category that requires agency employees to manually look through the filings. He noted that these returns could be in suspense if the taxpayer based their earned income tax credit amount off of their 2019 income, instead of their 2020 income, an option that the rescue package offered.

Other returns in the same category could be due to taxpayers claiming the recovery rebate credit, which allows filers to receive the first two rounds of stimulus payments if they qualify and never received the federal relief.

The IRS has also warned that there will likely be a delay in sending out income tax refund payments this year because of the pandemic. Receiving the payment can be dependent upon how you filed your tax return, whether that was electronically or by mail.