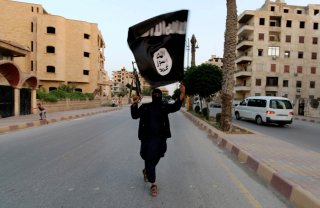 COVID-19 lockdowns throughout the world have aggravated socio-political inequalities, especially in the Global South as governments try to respond to the pandemic. Various terrorist, radical and violent extremist groups, especially the so-called Islamic State, are trying to cash in on these inequalities to propagate hate-filled narratives.

In Nigeria, for instance, Boko Haram has called the closure of mosques — a precaution taken in response to COVID-19 — a direct ‘attack on Islam’. Similarly, there remains fear among security experts that as the lockdowns continue to confine people to their homes, radical and violent extremist groups are gaining an opportunity to radicalise ‘younger’ audiences who are spending more unsupervised time on the Internet.

The Australian Security Intelligence Organisation’s (ASIO) Deputy Director-General Heather Cook, speaking at the Australian Parliament’s Joint Intelligence and Security Committee, also warned that the conditions arising out of the pandemic have provided extremist groups, including neo-Nazi organisations, the means to radicalise more people.

In a recent meeting of the UN Security Council on pressing global security issues in August, counter-terrorism experts noted a spike in the so-called Islamic State’s (IS) online activities. Experts also reiterated the importance of repatriating terrorist families stranded in the Middle East to prevent IS from spreading its influence. These concerns indicate that the threat from violent extremist and terrorist groups such as IS remains within both ‘virtual’ (online) and ‘physical’ (family) networks.

In recent months, IS’s online propaganda campaign — unlike its coherent media campaigns during the group’s peak before 2017 — has mushroomed, with supporters all over the world running individual campaigns. According to Michael Krona, much of the IS literature is now propagated by IS supporters through bots on Telegram and other social media platforms. Moreover, in order to avoid detection by law enforcement agencies, IS and its supporters have increased their online activity in recent months through the constant renewal of online hyperlinks and the migration to and from different platforms.

Security agencies in South Asia have also witnessed a spike in IS’s online activity intended to radicalise a younger audience. India’s National Investigation Agency (NIA) reported a rise in online activity from IS supporters, especially in the southern states of Kerala, Telangana, Andhra Pradesh, Karnataka and Tamil Nadu, where 122 accused have so far been arrested. Bangladesh similarly reported a surge in online IS propaganda activities mainly targeting urban, educated youths.

Family terror networks remain a prominent feature of IS’s global operations. These networks, even today, present a major global security threat mostly because of legal, social and privacy concerns that make it challenging to monitor family units and their activities extensively. Several high-profile terrorist attacks under the banner of IS, in recent times, have involved marriage and relatives. In one instance on 24 August, ‘widows’ of two prominent IS militants carried out twin suicide bombings in Jolo town in the Philippines, killing 15. Similarly, this October, security agencies in the Philippines arrested another woman planning a suicide attack in the country. Rezky Fantasya Rullie is believed to be the wife of a militant killed in Sulu in August and possibly the daughter of two suicide bombers who conducted an attack on a Catholic cathedral in Jolo in 2019.

That members of the same family unit are involved in radicalisation activities and terrorist attacks warrants attention from security strategists and policymakers. With lockdowns in place in most of the world and IS supporters increasing their online presence, the probability that traditional conservative families will be targeted by IS for radicalisation is higher. In such families, older male members are generally revered, making it easier to persuade both younger and female members into joining extremist political, religious and violent groups.

There is now a specific focus among extremist groups on recruiting female operatives, especially in Bangladesh, suggesting these groups are increasingly turning to women to radicalise other members of the family. Other groups in South Asia such as Lashkar-e-Taiba — the Pakistani militant group accused of engaging in proxy-warfare in Indian Kashmir — have effectively targeted and used females to convince their sons to wage jihad against India.

The twin threats of virtual and physical recruitment present short and long-term implications for states in the Global South that lack the infrastructure and capabilities to combat radicalisation and terrorism. Although technological advancements enable the monitoring of terrorists on online networks, monitoring and countering physical family networks still presents significant policy challenges.

As witnessed in the well-coordinated 2019 Easter attacks in Sri Lanka — involving members of two families — even though the operational capacity of IS has taken a significant hit in the Middle East, the threat of online and family terror networks, especially in South Asia, cannot be underestimated.

Farooq Yousaf holds a PhD in politics from the University of Newcastle, Australia.