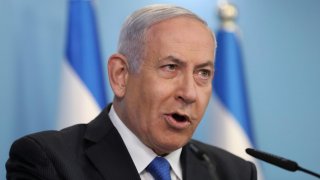 In the Middle East, the biggest surprises often come in August. Today’s announcement that the United Arab Emirates will normalize relations with Israel certainly falls into that category.

The proximate cause for Abu Dhabi’s decision may very well have been a (smart) deal with Jerusalem: recognition instead of annexation. Israel would refrain from annexing any West Bank territory in return for normalization of relations with the UAE.

This wasn’t as big a lift for either side as it might have been at previous times. Israeli Prime Minister Benjamin Netanyahu faces serious domestic challenges at home, in particular over his government’s handling of the pandemic, and is beholden to coalition partners who believe that annexation would be a mistake. Thus, it would have been hard for Bibi to push forward on annexation regardless. Agreeing not to do what he probably couldn’t in return for recognition by another Arab state was therefore a win-win for him.

Meanwhile, the UAE has been forging better relations with Israel for years. This was mostly kept private, even covert, but it was one of the worst kept secrets in a region of badly kept secrets. Moreover, it was pretty clear that the Emiratis were not unhappy with people knowing what they were up to, just as long as they retained some plausible deniability.

The United States has been urging its Arab allies to normalize relations with the state of Israel since its founding, so this is a plus for American foreign policy. I also have little doubt that the Trump administration continued that tradition and encouraged this move. Yet the fact that this has been a constant of American policy means that it cannot explain this change.

The deeper cause for this shift lies in America’s disengagement from the Middle East. This began under President Obama, and our Middle East allies hated it but hoped that it was an aberration. They looked forward to Obama’s departure from the White House in expectation that the next president would return to America’s traditional approach to the region.

They were deeply disappointed by the Trump administration, which deepened that trend, often in erratic, unpredictable, and even dangerous fashion. In particular, the UAE and America’s other allies in the Gulf were horrified when Washington refused to respond to brazen, repeated Iranian military attacks on Emirati and Saudi oil tankers in the summer of 2019, or even to the Iranian drone attack on Saudi Arabia’s irreplaceable Abqaiq oil processing plant. This was a categorical reversal of 40 years of American policy, the foundation of the US-Gulf partnership and of their security, which Trump abandoned without a second thought.

Meanwhile, the Netanyahu government applauded Trump’s decision to withdraw from the Iran nuclear deal but has been frustrated by his lack of interest in pushing back on Iran’s aggression around the region. Israel has been locked in a war of attrition with Iran across Syria and increasingly Iraq as Tehran builds up its military infrastructure in both countries and works to tie them — and Hizballah-dominated Lebanon — into a united, Iranian-led front. The Israelis have repeatedly begged Washington to do more to help them deal with Iran all to no avail.

Iran is the most important, but not the only threat that Israel and the UAE share and that has helped bring them together. Both are also wary of many of the violent Sunni Islamist groups from ISIS to al-Qa’ida to the Muslim Brotherhood, who detest both of them. Here as well, Abu Dhabi and Jerusalem see these threats growing as the United States backs away from the region without leaving strong, stable Arab governments behind to prevent the bad guys from taking advantage of our departure.

All of this might seem like good news: The US has pulled back from the region and our disengagement has forced two of our regional allies to reconcile (as we always wanted) to address a number of problems that also threaten our interests. And we don’t have to do anything but applaud. What could be better?

That may turn out to be true, but let’s remember that this is the Middle East we are talking about, and the best case is rarely what happens there. In this instance, there are a number of very important downsides.

Our regional allies often overreact to threats — in part because they lack our capabilities, in part because they are smaller and closer to Iran, and in part because their intelligence capabilities are more limited than ours. Both the Israelis and Emiratis have consistently pursued a very aggressive form of deterrence against Iran and an even more aggressive approach to combating Islamist groups (whether that’s Hamas or the Ikhwan). They have also been very willing to mount covert action campaigns and cyberattacks against their adversaries. All of that tends to lead to more violent responses, and the danger of greater instability.

And that is what this is really about. It is about the deepening of ties between Israel and the UAE to more closely band together to fight Iran and, secondarily, various extremist Islamist groups. If recent history is any guide to future developments, we should expect this budding alliance to brawl more with Iran and its other adversaries, raising the risk of escalation — and the likelihood that the US might get sucked back in by a wider war.

So let’s not dislocate our shoulders patting ourselves on the back. This is a positive move born of negative circumstances, and whether it leads to a more or less stable Middle East remains very much in doubt.

This article by Kenneth Pollack first appeared in AEIdeas on August 13, 2020.