Israel's Nuclear Triad Is One of the Best on Earth 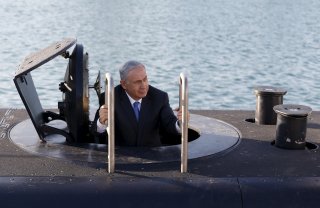 Here's What You Need to Remember: Experts generally assess the country as currently having approximately eighty nuclear weapons, fewer than countries such as France, China and the United Kingdom, but still a sizeable number considering its adversaries have none.

This article first appeared several years ago and is being republished due to reader interest .