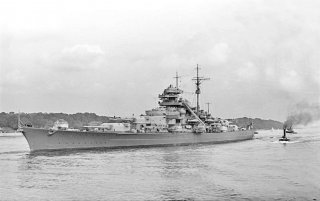 Here's What You Need to Remember: No single element of the Royal Navy present at the battle was strong enough to defeat Bismarck singlehandedly, but together a force of aging aircraft carriers and torpedo bombers, twenty-to-thirty-year-old battleships, and more than a dozen scrappy cruisers and destroyers were able to ensure that the mighty German battleship would never reach refuge in France.