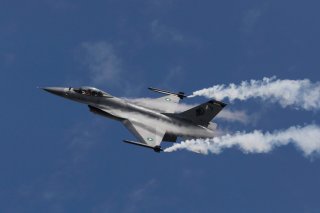 Here's What You Need to Remember: The major reason why 4th generation fighters are likely to stick around for a long time is that many can be considered true multirole aircraft.

Better computers allowed for the integration of the multi-function display. While these were not on the initial versions of 4th gen fighters, they began to be introduced in the mid-1980s with the F-16C. MFDs are now present in almost every 4th generation fighter.

With improvements in computing and the introduction of electronically scanned array (ESA) radars, radars became far more flexible, being able to operate in both air-to-air and air-to-ground modes with acceptable performance. The good performance of the radar in both modes was one of the reasons why the F/A-18 carries both the F and A letters in its designation.

For those 4th generation jets that came before these innovations in radar, there is another trend that could allow them to serve for a long time: the miniaturization and modularization of electronics. Since it’s easier to create high-performing radars in a compact package with new technology, the radar of fourth-generation gets can keep pace with newer aircraft.

New advanced radars have even been retrofitted to third-generation fighters like the  MiG-21 and Mirage III, although the older designs of these aircraft may require some wiring to be placed under aerodynamic fairings outside of the main hull of the aircraft, like those seen on the MiG-21 Lancer.

This article appeared last year and is reprinted due to reader interest.