It's No F-35, But the Eurofighter Is a Capable (and Cheaper) Alternative 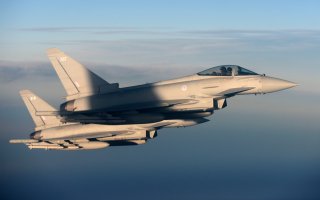 Here's What You Need to Know: For an aircraft effectively designed by a multinational committee, the Eurofighter has performed well in service.