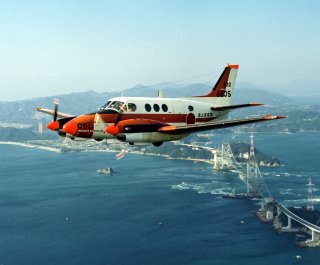 Heres What You Need To Be Remember: The PLA Navy is three times the size of the Maritime SDF and the gap is widening. Because of a lack of human resources and a relatively undersized defence budget, it will be difficult for Japan to catch up to China. Introducing sophisticated armed drones may be one strategy to bridge the gap.

Japan has been advancing its military modernisation program for several years. The driving motivation appears to be China, which aims to build a ‘world-class’ military by 2050. Japan’s 2021 defence white paper says that trends in the development of the Chinese military ‘have become a matter of grave concern’ to Japan and the region.

Despite significant investment in its Self-Defense Forces (SDF), Japan has been slow to adapt to drone technology. Although armed drones have proven efficiency in conflict, Japan hasn’t acquired any yet; it only has reconnaissance drones.

One reason that Japan has yet to introduce military drones is distance. Japan is an island country, hundreds of kilometres from the Asian continent. Low-cost drones cannot fly across the sea and have therefore been perceived as limited in terms of Japan’s national security, especially in naval warfare.

But military drones, including low-cost ones, are becoming an urgent threat to Japan’s security. In the recent Unmanned Integrated Battle Problem 21 exercise, the US Navy destroyed a surface vessel with a swarm of drones for the first time. Swarming drones is fast becoming an important new strategy in drone warfare.

This poses a new challenge for Japan. One of Japan’s military advantages is high-quality warships. While these are equipped with advanced air defence systems, they are both ineffective and expensive to defend against drones.

According to the 2018 National Defense Program Guidelines, Japan plans to keep 54 warships as the core of its maritime security. As technology advances, Japan faces the risk of losing critical warships to drones rather than traditional missiles and torpedoes.

In response, this year Japan started a development plan for an anti-drone system. The project aims to ward off drone attacks by vehicle-mounted lasers by 2025.

China is becoming a global leader in drone technology. Chinese drone company DJI controls around 70 per cent of the commercial drone market. And Beijing promotes its Military-Civil Fusion strategy, which has led the United States to suspect connections between DJI and the Chinese People’s Liberation Army (PLA). In December 2020, the US government added DJI to the Commerce Department’s Entity List, under which it faces trade restrictions.

China is not only developing high-value and high-quality drones but also has productive drone capabilities and advanced controlling technology, including drone swarming. The PLA and a Chinese company tested 56 contorting unmanned surface vehicles in 2018. And China is also applying its technology to the non-military sector as seen when China showed off a sky performance of hundreds of UAVs in Hainan in May.

Japan is lacking investment in drone technology and strategy at the same time that other US allies are actively investing in drone technology. Australia, for instance, is developing a new type of UAV, the Loyal Wingman. The Loyal Wingman aims to provide combat support to manned fighter jets. Leaving unmanned aerial vehicles to more dangerous roles, the potential for human loss and the loss of expensive aircraft can be curbed.

China’s maritime power is of significant concern to Japan. The PLA Navy is three times the size of the Maritime SDF and the gap is widening. Because of a lack of human resources and a relatively undersized defence budget, it will be difficult for Japan to catch up to China. Introducing sophisticated armed drones may be one strategy to bridge the gap.

Drone technology would also help cover the shortfall in human resources. Japan has long faced a falling birth rate — its productive-age population has been decreasing since 1995. As a result the SDF is facing a shortfall in numbers. While the total fill rate is 92 per cent, the fill rate of the lowest-rank enlisted personnel is only 77 per cent. This is expected to worsen over time.

The chief of the UK Royal Air Force has argued that drone technology could replace eight ship-based jet fighters with 100 swarming drones, 10 wingmen and two piloted motherships. The use of drones would allow the SDF to maintain or increase its capabilities without increasing personnel.

Japan needs to ramp up its development of a military drone strategy and look seriously at quickly investing in drone technology.

Tsuyoshi Minami is Postdoctoral Fellow at the College of Humanities and Communications, Shanghai Normal University.

This article was first published by the East Asia Forum.