The Japanese Navy Wanted These Battleships, But At What Cost? 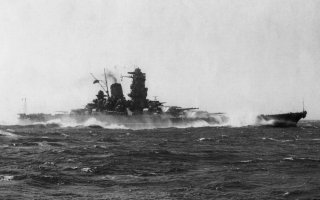 Here's What You Need To Remember: The Japanese economy would eventually become competitive with that of the UK, and even the United States, but this would only happen in context of an open trading system with access to the European and American markets. No battleship could carry guns large enough to bring that outcome about.