Japan's Navy is Great, But China's Now Out-Classes It. 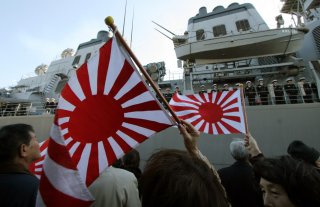 Here's What You Need to Remember: Any meaningful tally between Japanese and Chinese sea power must factor shore-based missiles and aircraft into the balance along with the seagoing component. The portents are discouraging taken on those terms.