Is This Jet Doomed? Could China Really 'Unstealth' America's F-35? 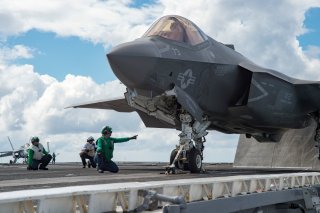 Key Point: The U.S. Navy and Lockheed may have already solved the problem.

This article first appeared in 2016 and is reprinted here due to reader interest.