This Jet Set The Stage For Russia's Best Stealth Fighter 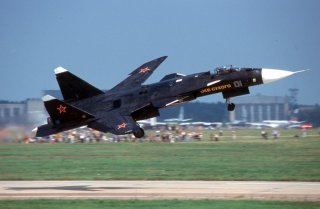 Here's What You Need To Remember: The Su-47’s unexpected appearance was, to many, a pleasant distraction from the central motif of MAKS 2019: the unveiling of the Su-57 export version, and it’s a subsequent demonstration to Turkish leader Recep Tayyip Erdoğan.