Jet vs. Jet: The Korean War's Aerial Battles Were Legendary 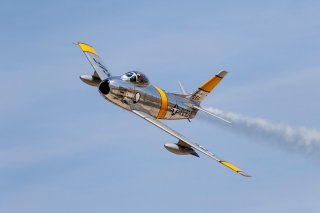 Here's What You Need To Remember: But the air war over Korea was a throwback to the past.

This article originally appeared in 2015.