Joe Biden Knows More Stimulus Checks Are an Absolute Must 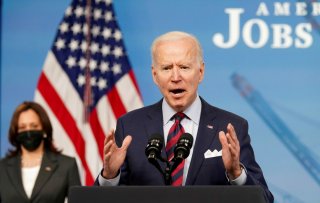 Here's What You Need to Remember: More than 2.2 million people have signed a Change.org petition that is calling for $2,000 recurring monthly stimulus checks.

However, it already appears that the positive financial impacts on financially hurt Americans are rapidly waning.

According to the recently released Inequality Index by Morning Consult and Axios, economic inequality inched up to 6.5 percent this month, compared to 5.7 percent in April.

“Economic inequality increased in May as the impact of stimulus checks on households' finances started to wear off faster than job growth could produce sustainable incomes for low- and middle-income adults,” the report wrote.

Other recent polls and surveys are backing such claims that millions of Americans are struggling to pay for basic everyday needs.

Research by TransUnion has revealed that four in ten Americans are still continuing to experience income loss compared to before the start of the pandemic, while a report released by the Economic Security Project has indicated that more rounds of stimulus have the potential to lift twelve million Americans out of poverty.

“Evidence from the last year shows stimulus checks to be the fastest and most impactful investments helping Americans get through this crisis, lifting more people out of poverty than any other single policy,” the report wrote, adding that data further showed that an additional sixteen million Americans were lifted out of poverty because of the most recent $1,400 stimulus checks.

According to the U.S. Census Bureau, about thirty-four million people currently live in poverty in the United States.

There are, however, dozens of Washington lawmakers and millions of ordinary citizens who are continuing to demand more stimulus to assist still-struggling Americans.

For example, more than 2.2 million people have signed a Change.org petition that is calling for $2,000 recurring monthly stimulus checks. “I’m calling on Congress to support families with a $2,000 payment for adults and a $1,000 payment for kids immediately, and continuing regular checks for the duration of the crisis,” the petition stated. “It took nine months for Congress to send a second stimulus check, and just moments to spend it. Moving forward Congress needs to make recurring checks automatic if certain triggers are met. No more waiting around for our government to send the help we need.”

Furthermore, House Ways and Means Committee members have sent off a letter to Biden, urging him to include recurring direct payments in his nearly $2 trillion American Families Plan. “The pandemic has served as a stark reminder that families and workers need certainty in a crisis,” the lawmakers wrote. “They deserve to know they can put food on the table and keep a roof over their heads.”

Ethen Kim Lieser is a Minneapolis-based Science and Tech Editor who has held posts at Google, The Korea Herald, Lincoln Journal