Joe Biden Might Have Problems Once Stimulus Checks End? 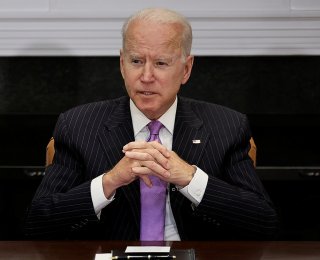 Here's What You Need to Remember: “We’re definitely going to see a huge drop-off in fiscal stimulus,” Nancy Vanden Houten, lead economist at Oxford Economics, told the Times. “The question then is how well positioned is the economy to deal with that, and we don’t really know for sure, which applies to so much about this period we’re going through.”

The idea of the stimulus packages that Congress has launched since the start of the coronavirus pandemic has been to put money into the hands of Americans, in order to stimulate the economy.

As part of that objective, most of the money that was distributed went out right away — meaning it was “front-loaded.” The stimulus would kick in quickly, but there would be less of it over time.

The New York Times recently took a look at the dynamics of that decision.

“The U.S. economy is about to face a new challenge that has its roots in the arithmetic of growth: That which fiscal stimulus giveth, fiscal stimulus taketh away,” the Times wrote.

The arrival of that new cash led to big economic growth early on, but as that money goes away, the growth will likely dissipate as well.

“Economists mostly project that the economy, with strong momentum in the labor market and huge pools of pent-up savings by households, will be strong enough to keep growing despite the fading of the fiscal boost. To avoid an economic downturn, a huge handoff must occur from government-driven demand to the private sector,” the report said.

Government money, per a report from the Hutchins Center on Fiscal and Monetary Policy at the Brookings Institution cited by the newspaper, added 8.5 percentage points to the economy’s growth rate in the first quarter of 2021, although that change is expected to wear off over time unless the private sector makes up for the difference.

The concern, according to the Times, is that once the funds run out, Americans will sit on their money — especially those who are more affluent.

“We’re definitely going to see a huge drop-off in fiscal stimulus,” Nancy Vanden Houten, lead economist at Oxford Economics, told the Times. “The question then is how well positioned is the economy to deal with that, and we don’t really know for sure, which applies to so much about this period we’re going through.”

There are indications that Treasury is nearly finished distributing the $1,400 checks from January’s American Rescue Plan, although the payments from the expanded child tax credit will begin going out in mid-July.

On the other hand, spending packages proposed by the Biden Administration, including the American Jobs Plan infrastructure bill, are expected to be backloaded.

“I think the basic story is that the economy is reopening, so it can take the fact that this stimulus is coming off,” said Louise Sheiner, a senior fellow at Brookings, told the Times.

The other question is whether recent signals of inflation will remain a long time, or dissipate along with the government checks.