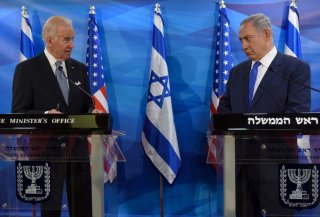 Canberra policymakers will be conducting a root-and-branch reassessment of Australia’s foreign policy following Donald Trump’s defeat in the US presidential election and ahead of an incoming Democrat administration.

Top of the list of items for review will be a leaden-footed China policy. Chinese trade reprisals for perceived Australian slights are doing real harm to Australia’s economic interests.

However, there are other areas of concern that demand attention in anticipation of Joe Biden’s presidency.

High on this agenda will be Middle East policy, which has suffered from the Trump administration’s transactional approach to a region in which America surrendered its traditional “honest broker” role in favour of an “Israel-first” approach.

US Secretary of State-designate Antony Blinken might say, as he did at a Hudson Institute event earlier this year, that “I think we would be doing less not more in the Middle East”.

However, in the world’s most volatile region, history shows this aspiration is easier said than realised. Successive US administrations have endeavoured to pull back from the Middle East. Circumstances conspire to make this difficult.

From an Australian perspective, a Biden administration will inevitably shift the tone of America’s responses to Middle East challenges. This includes attitudes to the Palestinians.

Biden will not be showing the same tolerance for Israel’s settlement expansion as his predecessor, nor would he countenance unilateral Israeli annexation of territories under occupation.

The new administration will return to a two-state formula in its approach to Middle East peacemaking. This is a phrase that was sidelined during the Trump administration.

Canberra policymakers will need to be agile as these shifts work their way through American Middle East policy, which will be less ideological and more focused on what might be described as core principles.

These principles will involve greater emphasis on human rights. This is not good news for serial human rights-abusing countries such as Saudi Arabia, or Israel in its treatment of the Palestinians, for that matter.

Climate issues will weigh, too. This will be awkward for laggards on climate like Saudi Arabia.

A Biden administration can also be expected to take a less tolerant view of inroads Russia and Turkey have made in the Middle East. Both countries have factored themselves into regional calculations in ways not apparent when Biden served as vice-president in the Obama administration.

Moscow and Ankara are now significant regional players down into the Gulf and west to North Africa in their extraterritorial meddling in fractured states such as Libya.

Regional architecture is vastly more complex and, if possible, more challenging than it was four years ago.

This brings us, inevitably, to Iran.

Biden has made clear that among his early foreign policy priorities will be to rejoin the Iran nuclear deal (the Joint Comprehensive Plan of Action, JCPOA) signed in 2015 by the five permanent members of the United Nations Security Council plus Germany and the European Union.

An agreement to forestall an Iranian acquisition of a nuclear capability was the crowning foreign policy achievement of the Obama administration.

Trump irresponsibly abandoned the JCPOA in 2018.

In a September 13 essay on CNN.com, Biden said:

If Iran returns to strict compliance with the nuclear deal, the United States would rejoin the agreement as a starting point for follow-on negotiations.

In the process, the US would lift crippling oil sanctions imposed by Trump. These have done considerable damage to Iran’s economy.

However, debate on rejoining the JCPOA without concessions from Iran will be fraught.

A Biden administration would come under considerable pressure to renegotiate aspects of the JCPOA after rejoining. This would include an extension of the original 15-year moratorium on Iran’s ability to produce a nuclear device.

US negotiators would be expected to pressure Iran to wind back its support for regional proxies in Lebanon, Syria, Iraq, Yemen and the Palestinian territories.

Washington would also seek to curb Iran’s exports of precision guided missiles to allies in the region and further afield.

Tehran has said such issues would not be on the table in the event of a renegotiated JCPOA. These are highly complex matters.

What does make sense are indications a Biden administration would seek to involve other interested parties in a renegotiated JCPOA.

In an interview with the New York Times this month, Biden warned of the risks of a nuclear arms race in the Middle East involving Egypt, Saudi Arabia and Turkey in the event that Iran acquires a breakout nuclear capability.

The last goddam thing we need in that part of the world is a build-up of nuclear capability.

Canberra will not have issues with this approach.

Australia’s response to the Trump administration’s abandonment of the JCPOA was cautious. The government conducted a review of Australia’s support and then quietly shelved any objections it might have had.

In any case, Australia hardly rates as anything more than a bystander, albeit one that has maintained diplomatic representation in Tehran since the days of the shah.

This has been useful, as was demonstrated recently by the role Australia’s ambassador in Tehran played in the release of Australian-UK researcher Kylie Moore-Gilbert from a two-year incarceration.

With Australia’s trading relationship with China so stressed, further developing existing markets and seeking new opportunities will be a preoccupation.

While Australia’s trade with the Middle East is relatively small, it is significant. Two-way trade with the region, mostly in the Gulf, amounts to about 2.5% of total trade. The United Arab Emirates and Saudi Arabia are the most prospective markets for Australian goods and services.

The Gulf region is also home to four of the world’s largest sovereign wealth funds. At A$11 billion, the UAE’s investment in Australia is worth noting.

An Australian review of Middle East policy will inevitably involve assessments of what a Biden administration will mean for Australia’s involvement in Afghanistan.

The Trump administration has announced it will draw down its troop presence from the current 4,500 to 2,500 by early 2021. This follows a “peace agreement” with the Taliban struck in February.

Biden has been agnostic on Afghanistan. He was a dissenting voice in the Obama administration against a surge in troops in 2008-2009, but lost that argument.

He is thought likely to favour retaining a small, residual counter-terrorism force in Afghanistan. On his record, he would be most reluctant to increase numbers.

In Australia’s case, its combat troops have long gone. It retains a small training contingent with the Afghan army. This is likely to remain the case under present circumstances.

Finally, in October, Canberra made an important decision about its role in the Middle East. This received little attention at the time.

Defence Minister Linda Reynolds announced Australia would end its naval presence in the Gulf, where the navy had been conducting patrols.

Given China’s continued rise, that would seem to be an understatement.