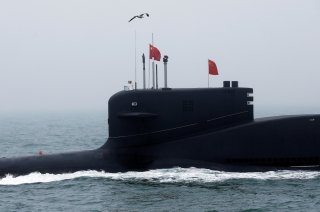 Here's What You Need to Remember: Of course, a chance to attack doesn’t guarantee a successful attack. And the U.S. Navy isn’t exactly standing still as Chinese forces improve, RAND pointed out.

RAND projected that Chinese subs with no cueing probably still won’t be able to attack a carrier. But with cueing in the same timeframe, the undersea warships could get three, four or even five chances to attack.