A Joke: Why Iran's "Stealth Fighter" Is Anything But 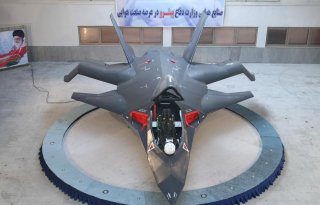 Key point: Tehran likes to parade around military equipment that is exaggerated or an outright fake. Their "stealth fighter" certainly falls in that category.

The U.S. military has implicated Iranian agents in several summer 2019 attacks on civilian ships sailing near Iran. At the time, the U.S. Navy sent the aircraft carrier USS Abraham Lincoln and her strike group to the region. The U.S. Air Force deployed B-52 bombers and F-22 and F-35 stealth fighters.