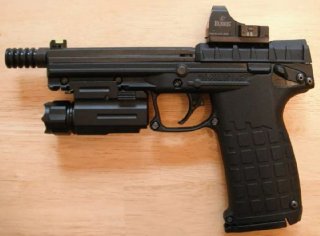 Here's What You Need to Remember: The PMR-30 can definitely be seen as a fun choice for plinking if one feels the need to step up from .22 LR. The .22 WMR is significantly more powerful, yet the PMR-30 by all accounts keeps the recoil low and the slide tracking fast for quick and easy shots on target. But the downside here is cost.