Just How Hard Is It to Sink an Aircraft Carrier? 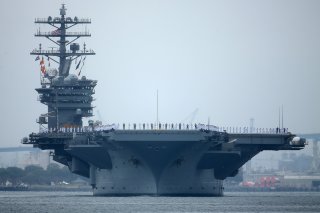 Here's What You Need To Remember: "America stood up to four weeks of abuse and only succumbed to the sea after demolition teams scuttled the ship on purpose."

David Axe served as the new Defense Editor of the National Interest. He is the author of the graphic novels War Fix, War Is Boring and Machete Squad. This first appeared last year.