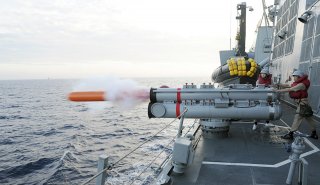 Here's What You Need To Remember: All of this is, of course, strictly theoretical. But "suicide drones" are not new to submarine warfare; torpedoes are a form of them, and have gotten progressively more intelligent over time.

Robert Farley, a frequent contributor to TNI, is a Senior Lecturer at the University of Kentucky. This article first appeared several years ago.