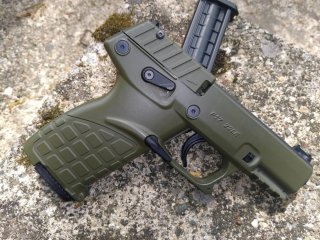 Here’s What You Need to Remember: I got exactly what I wanted out of the Kel-Tec P17.  It’s super affordable, works like a charm, and feels pretty good in the hands. It’s a good size for concealing if you’re into that, but really shines when you’re out on the range plinking. The visuals leave a lot to be desired, but the looks are insignificant when you look at the bigger picture.