Kel-Tec P17: Super Affordable and Works Like a Charm 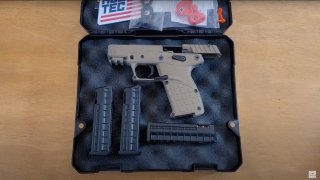 Here’s What You Need to Remember: I got exactly what I wanted out of the Kel-Tec P17. It’s a fun little .22 that covers all the bases of a fun range toy. It’s super affordable, works like a charm, and feels pretty good in the hands. It’s a good size for concealing if you’re into that, but really shines when you’re out on the range plinking.