Khalkhin Gol: The Soviet Victory Over Japan That Changed the Course of World War II in Asia 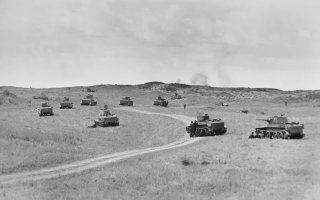 Key Point: The battle led Japan to choose the Pacific option rather than Siberia, thus unleashing a war with America that doomed the Japanese Empire.

For all its bluster, Japan had been taught a lesson it would not forget. Or, rather, the tactical lessons would be forgotten five years later, when Japanese soldiers again had to turn themselves into human anti-tank mines in a vain attempt to defeat American Sherman tanks.