Kill Everything with Lasers: Why the U.S. Military Enjoys a Nice Shoot-Off 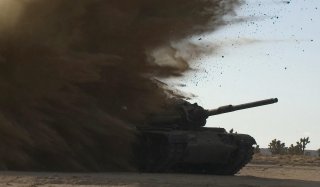 Here’s What You Need to Remember: Mobile-power technology, targeting algorithms, beam control, and thermal management technologies are all progressing quickly such that more powerful lasers are likely to emerge in the very near future.

During the shoot-off, and Army Futures Command statement says, the laser-armed Strykers will face a series of “scenarios designed to test the system and establish threshold requirements for this class of laser.”

For quite some time, the Army and other laser weapons developers have been working on engineering power-scaled lasers able to fire with greater strength, power, precision, and range. This requires exportable sources of power, the proper form factors or hardware configurations and specially engineered laser-firing technologies built to optimize firepower.

Lasers are quiet, meaning they can fire without a large acoustic signature which could give away an attack position, should a large missile or cannon be fired. They can offer a kind of silent attack. They are also scalable, meaning they can fire off to fully destroy and incinerate or merely stun or disable an enemy target, depending upon the power setting of the weapon. Higher and higher power lasers are fast emerging to the point where should technology and form factor miniaturization mature at the current pace, fighter jets, tanks, and other large-scale combat platforms will likely be armed with very high-power laser weapons.

Mobile-power technology, targeting algorithms, beam control, and thermal management technologies are all progressing quickly such that more powerful lasers are likely to emerge in the very near future. Fire-control oriented computer algorithms could quickly merge sensor data with targeting information and tactical details to give Strykers an ability to find and hit targets much more efficiently, and potentially at farther ranges.

The Navy, for example, is already working with the Missile Defense Agency to explore the kinds of power-scaling that may be necessary to fire lasers from ships into space, or high up into the earth’s atmosphere to destroy high-altitude attacking aircraft or even incoming ballistic missiles. Lasers are of course also lower cost than firing off an expensive missile or munition, and many can be fired in rapid succession. Lasers also bring the advantage of speed, as the weapon travels at the speed of light.

The presence of new weapons of this kind might enable mobile units to hit enemies faster, add precision, and in some cases lower collateral damage. In a heavily populated urban area, for instance, firing a missile interceptor might cause a larger, more dangerous explosion; firing a laser that slowly burns a hole through the metal of an enemy air target can decrease fragmentation and tailor the timing of when an enemy asset is ultimately disabled.