The Killer Egg: What Is So Great About the AH-6? 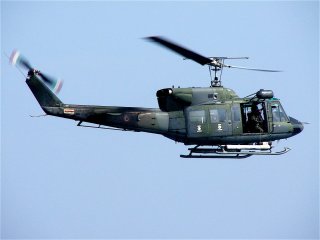 Here's What You Need to Know: There are two versions of the Little Bird in service with the Night Stalkers. The AH-6 is the attack iteration, while the MH-6 is the assault/transport version.

For more than 40 years, the AH-6 Little Bird, a special operations helicopter, has been supporting U.S. commandos across the world.

Based on the Hughes McDonnell Douglas MD 369 and MD 530, the Little Bird was initially envisioned by the Army to serve as a light reconnaissance aircraft for its armored divisions. But fate had other plans for the rotorcraft.

In 1980, a joint special operations force went into Iran to save the 66 American hostages that were being held by the Iranian revolutionaries in Tehran. Operation Eagle Claw, as it was known, ended up being a failure, but it prompted the creation of an official special operations structure and several new units.

There are two versions of the Little Bird in service with the Night Stalkers. The AH-6 is the attack iteration, while the MH-6 is the assault/transport version. The former is flown by two Night Stalkers and can pack a versatile and formidable arsenal.

The latter is again flown by two pilots but can carry up to six assaulters (or more in a dire emergency) on two pods on each side of the airframe.

The “M” version can also carry motorcycles, small boats, and even kayaks, making it a great insertion and extraction platform for very small special operations elements.

The AH-6 has a maximum cruising speed of 126 knots (about 150 miles per hour) and a maximum range of 205 miles, which translates to about two hours of straight flight. The aircraft has a ceiling of 20,000 feet but is at its best when flying close to the ground, with exceptional nap-of-the-earth capabilities and a great power-to-weight ratio, which makes the AH-6 Little Bird very maneuverable.

The ability to swap around weapon systems depending on the mission makes the AH-6 Little Bird a flexible aircraft that can meet a multitude of threats.

“The enemy threat dictates the type of weapons system we would choose to carry. Our job, as a professional gun pilot is to weaponeer the helicopter for the type of threat we may encounter-light armor, tanks, vehicles, buildings, personnel, etc.,” retired Chief Warrant Officer 4 Greg Coker told Sandboxx News.

“The standard configuration for the AH-6 is what we call ‘Duals,’ or 2 x M134 miniguns and 2 x 7-shot rocket pods. It’s a whole lot of firepower in a small package,” he added.

Coker is the author of “Death Waits in the Dark: Six Guns Don’t Miss,” an incredible account of a Little Bird pilot at war and the struggles of the Night Stalker life. Coker spent 30 years in the military, completing 11 combat tours in support of the Global War on Terror in only eight years. Coker also appeared on a Smithsonian Channel-Air Warriors episode on the AH-6 Little Bird that will air next year.

The two Night Stalker pilots in an AH-6 Little Bird are also carrying their personal rifles and sidearms, and there have been multiple cases when they had to use them against ground target after going “Winchester,” or running out of ammo.

During the very first weeks of the war in Afghanistan, AH-6 Little Birds would go out on their own hunting in the dark for al-Qaeda and Taliban fighters, vehicles, and tanks. In some instances, the AH-6s would run out of ammo, and the Night Stalkers would engage the enemy with their rifles and even do impromptu bomb runs by dropping grenades.

The consensus among the Night Stalker community is that the Little Bird is a great platform to fly.

“The AH-6 is like no other helicopter I have ever flown. When you sit down in the seat you literally strap the machine onto your back. These high performance helicopters are fully aerobatic and it’s like driving a Ferrari—they are fun to fly,” Coker told Sandboxx News.

“The AH-6 is extremely maneuverable with great visibility from inside the cockpit and a very stable platform. The AH-6 is a very crashworthy helicopter.”

Part of the aircraft’s allure is its performance on the battleground. The AH-6 Little Bird is known for its sturdiness and capacity to take a lot of beating, both from the enemy and from the elements. These attributes make it a great expeditionary aircraft.

“The MD530 series-AH-6 helicopter is extremely easy to maintain and easy to sustain in austere environments. It is a simple helo compared to others, no hydraulics and designed for repairability with its modular system design,” Coker said.

Although there has been talking about replacing the venerable AH-6 with a more modern platform, the Night Stalkers who fly them are adamant that despite its age, the “killer egg” can still contribute to the fight. When asked about the debate to replace the Little Bird, Coker was adamant in his support for his old war chariot.

“There are things that machines just cannot do, there is no computer that is faster than the human brain,” he said.

Greek Army veteran (National service with 575th Marines Battalion and Army HQ). Johns Hopkins University. You will usually find him on the top of a mountain admiring the view and wondering how he got there.